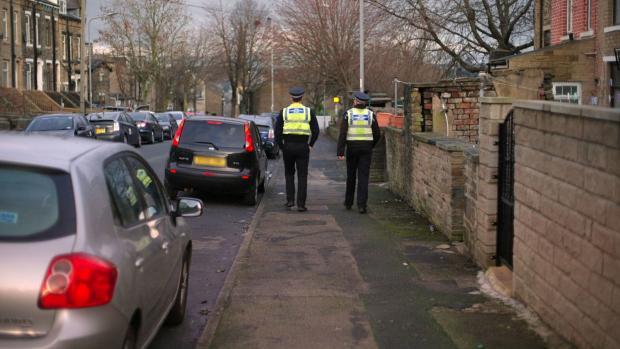 THE fifth and final installation of the hit BBC show Bradford On Duty aired last night and it was another sobering watch.

‘Healthy at Home‘zoomed in on the city’s huge mental health problem, featuring case studies that were both harrowing and uplifting.

They visited the homes of three patients, each struggling to cope with different illnesses.

The show followed the plight of an elderly woman who had been taking insulin since 1947.

She had a lump in her stomach and had not had a suspected brain tumor checked out since the start of the pandemic.

The pair then traveled to see two stroke victims who lived in very different settings.

Mohammed Shaheed could only communicate through an interpreter, while Matthew was under his fiancee’s care.

Julia Dixon has been amazing all series

Mr Shaheed was unhappy with his living situation and was not taking his tablets. But by the end of the episode, Julie arranged a move for him and he even offered to cheekily buy the two ladies dinner.

Matthew’s sudden stroke put his and his partner’s jobs up in the air. Admirably, they were still determined to get married.

Julia said: “We often walk into absolute chaos because people have not been seen for so long.”

Once a proud gardener, Robert had suffered mentally and physically in recent years.

He’d tragically lost his long-time wife to terminal cancer. She received the diagnosis three weeks after retiring from Airedale hospital at the age of 60.

Robert’s depression began when he was attacked while visiting his grave last year.

At the time Davy-Lee saw him, Robert, an ex-nightclub bouncer, was experiencing suicidal thoughts due to his infected leg causing the “worst pain he has had in his life”.

This led to an intervention from mental health specialist nurse Chelsea Regan, which led to the strength of Robert’s medication being increased.

By the end of the show, Robert was in better spirits and said the pain had become “bearable”.

The police’s role in battling the city’s mental health crisis was also touched upon.

As PC Annabel Pryke put it: “Years ago we were there to arrest people, now we are social workers too.”

PC Pryke told the cameras that officers only receive one day of training on mental health and a full week on traffic.

She adds: “I attend one car crash a month, every day a mental health call comes in.”

The grim reality was then shown when PC Pryke went to see a homeless man who wanted to go back to jail as he had nowhere else to go.

She then visited another man who heartbreakingly said: “I rung you because I wanted you to tell my dad when someone finds me dead.”

PCSO Kiran Pullan was back and the cameras followed her as she attended a call from a young girl who stated her friend was about to end her own life.

Kiran raced to the scene with her colleagues and was thankfully able to stop it from happening.

“How can young people even have those thoughts in their heads?” she remarks.